Today’s post is going to be talking through some of the things I’ve been loving during the month of April.

I’ve definitely seen a massive increase in the amount of films and TV shows I’ve been watching this past month so those will probably be the biggest sections (with a few other little bits thrown in between!)

Killing Eve has finally returned to our screens! I’ve been looking forward to this since the last series ended; it’s definitely one of my favourite TV shows. Ever. I’m up to date on the show and watch the new episode every Monday (episodes are available first thing on Monday morning on BBC iPlayer so you can watch it whenever!)

If you haven’t heard of Killing Eve, it is based on a series of books by Luke Jennings and follows a pscyhopathic killer called Villanelle who is very good at her job but, as a result, starts to become very reckless and a bit too much to handle. Her creative and disturbing ways of murdering people catch the attention of an MI5 officer – Eve Polastri – who studies female serial killers. The two women begin a game of cat-and-mouse.

I’ve been really loving taking advantage of all the incredible theatres and entertainers that are putting on shows via Youtube or streaming an old performance.

My favourite to watch is the National Theatre productions. Just search for National Theatre at Home on Youtube and their channel will come up. So far I’ve watched Jane Eyre and Treasure Island and it’s felt so special to watch performances that I otherwise wouldn’t be able to from the comfort of my own room. The shows are every Thursday at 7:00pm. This week they are showing Frankenstein with Benedict Cumberbatch and Jonny Lee Miller which I will definitely be tuning in to!

I recently did a review on Jane Eyre by the National Theatre that you can read here.

I’ve also enjoyed watching the musicals on The Show Must Go On Youtube channel, organised by Andrew Lloyd Webber. I recently watched The Phantom of the Opera which I had never seen before but enjoyed massively. The shows on here are only available for 24 hours so make sure you don’t miss them! They’re every Friday at 8:00pm.

As I mentioned before, I’ve watched quite a few films this month and I’ve loved quite a lot of them! I’m not going to discuss in too much detail all the films I’ve watched, just a few of my absolute faves!

I really loved The Two Popes which you can find on Netflix. The film stars Jonathan Pryce and Anthony Hopkins and it follows the journey between Pope Benedict and Pope Francis as they try to create a new path for the Catholic Church. I didn’t really think that this film would be my cup of tea, but I seriously enjoyed it and couldn’t recommend it enough! It’s enjoyable, funny, educational, poignant and has definitely opened my eyes to learning about new religions.

I also watched Bombshell starring Margot Robbie, Nicola Kidman and Charlize Theron. Again, I didn’t think this film would be something I’d particularly enjoy as it is centred around the USA, Fox News and Donald Trump. It is a film full of female empowerment and is an incredibly powerful watch.

I really enjoyed The Good Liar starring Helen Mirren and Ian McKellen who honestly make the most perfect pairing in a film. Con artist, Roy Courtnay, meets wealthy widow Betty McLeish online. As Betty begins to open up to Roy, Roy starts to doubt his scheming and conniving ways and considers that he might actually be starting to care for Betty… The film is tense and full of twists and turns.

I’ve always thought that I never particularly enjoyed films directed by Guy Ritchie, but The Gentlmen proved me wrong! This gangster film stars Hugh Grant, Charlie Hunman and Matthew McConaughey and is set in London and the lives of millionaire marijuana dealers. Mickey Pearson is the head of this empire and when word gets out that he’s selling his business, it triggers an army of plots, treachery and schemes to outsmart him.

For Sama might potentially be one of the most powerful films/documentaries I have EVER watched. It is a self-filmed journey of a mother’s life and experience through five years of the Aleppo uprising in Syria as she falls in love, gets married, has a child called Sama… This all takes place whilst the conflict surrounds her. I think it is such an important watch and would recommend everyone to watch it however, the film is full of close-ups of terrible things, it shows how awful humanity can be (but also how wonderful life can be) and it is painful to watch at times. It is also a tribute to love, family, friendship, resilience and the futility of war.

Some others films I’ve watched this month include: Fighting with my Family, Funny Cow, Hustlers, Film Stars Don’t Die in Liverpool, Toy Story 4, Can You Ever Forgive Me?, The Kitchen, Knives Out. What did you watch this month?

If you’ve been reading my blog for the past couple of months, you might know that I’ve been taking part in Couch to 5K. Couch to 5K is an app that you can download for free. Each week you need to do 3 runs. They start of relatively short and easy (e.g. 1 minute running, 90 seconds walking) and gradually get harder and harder to increase your stamina and running ability. Last week I actually managed to run 5K for the first time ever! It took me 35 minutes and in the coming weeks I’ll be hoping to get that time down to around 30 minutes.

If you’re wanting to try running and wanting to get fit, I would definitely recommend Couch to 5K. Before doing it, I would struggle to run to the end of my road let alone for 60 seconds and now I can run for a full 35 minutes without stopping! 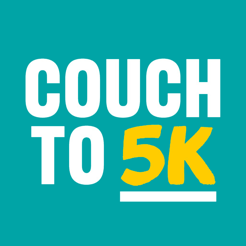 It’s not surprising that lately I’ve been feeling a bit down. The world is a strange place to live in at the moment and the constant bad news being drummed into us doesn’t help. Of course it’s important to watch the news and understand what is happening the world, but being exposed to that constantly can start to take its toll.

Instead of feeling down, I’m now crying with happiness because the stories and videos they post are so lovely and heart-warming!

What are your favourites this month?