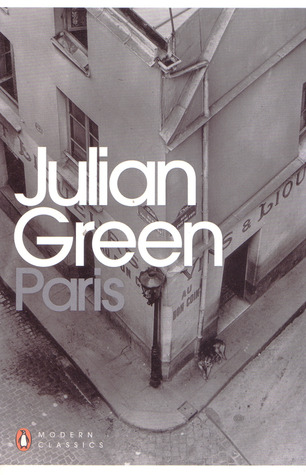 Today I’m coming at you with a short and snappy book review.

Paris by Julian Green was quite a momentous read for me if I’m honest. Firstly because it’s an incredibly beautiful, descriptive and true book. But also, it was the first book I have fully read in French (on my own and unaided!)

One of my goals for 2019 was to read at least one book in French. After studying French for over 10 years now, I thought it was about time that I started getting into French literature. I’ve tried many times before and found it a lot of effort to keep searching for words that I didn’t know. Now that I’ve finished unviersity and my studies, I also thought it would be a great idea to (try to) keep up my French skills.

Julian Green was born to American parents in Paris in 1900. He grew up in Paris and spent most of his life exploring the capital. The blurb calls this a “lyrical love letter to the city” and I honestly couldn’t agree more. You can instantly tell that Julian Green is absolutely in love with his city. I have visited Paris once before and feel head-over-heels in love as soon as I stepped on those cobbled streets of Montmartre. This book has just cemented my love of the city of lights

“Paris is loath to surrender itself to people who are in a hurry; it belongs to the dreamers…”

Julian Green dedicates each chapter to a different element or area of the city. For example, there’s chapters on: “Le Palais-Royal”, “Notre-Dame”, “Musées, rues, saisons, visages”, and “Paysage parisien”. This is not a historical or geographical account of the city (although these elements are touched upon). This book is more of a mediation of Julian’s stream of consciousness as he (I like to imagine) wandered around the streets of Paris, getting lost and discovering parts I never knew existed; he showed me the unknown Paris, the Paris off the beaten-track.

“Paris is a city that might well be spoken of in the plural, as the Greeks used to speak of Athens, for there are many Parises, and the tourists’ Paris is only superficially related to the Paris of the Parisians. The foreigner driving through Paris from one museum to another is quite oblivious to the presence of a world he brushes past without seeing. Until you have wasted time in a city, you cannot pretend to know it well. The soul of a big city is not to be grasped so easily; in order to make contact with it, you have to have been bored, you have to have suffered a bit in those places that contain it. Anyone can get hold of a guide and tick off all the monuments, but within the very confines of of Paris there is another city as difficult to access as Timbuktu once was.”

Not only was this a beautiful account of life in Paris through the times, but it also instructed me on how to experience new cities and how to travel. As Green says, it’s so easy to just look at these monuments, visiting them simply to tick them off your “things to do” list. To fully immerse yourself into the culture, the history, the beauty is so much more rewarding. Then, and only then, can you truly understand a city.

“I have always thought that by observing things with a great deal of attention you eventually wrest some of their secrets from them, making them utter what they would most like to keep to themselves.”

I read this before I heard the news that the Notre-Dame had been burnt and destroyed. There is a chapter in this book dedicated to this stunningly special building. Reading it through again feels even more chilling and beautiful…

“and at that point the church quietly articulated these words, which tell us something of the secret of old buildings: ‘The worse I am threatened, the lovelier I become.”

My only criticism of this book is that I wish it were so much longer. A must-read for anyone who loves travelling and anyone who has fallen in love withe charm and beauty of Paris.

Paris is such a beautifully diverse city and this book definitely made me want to walk along the River Seine in the sunshine. Now to check Eurostar tickets…