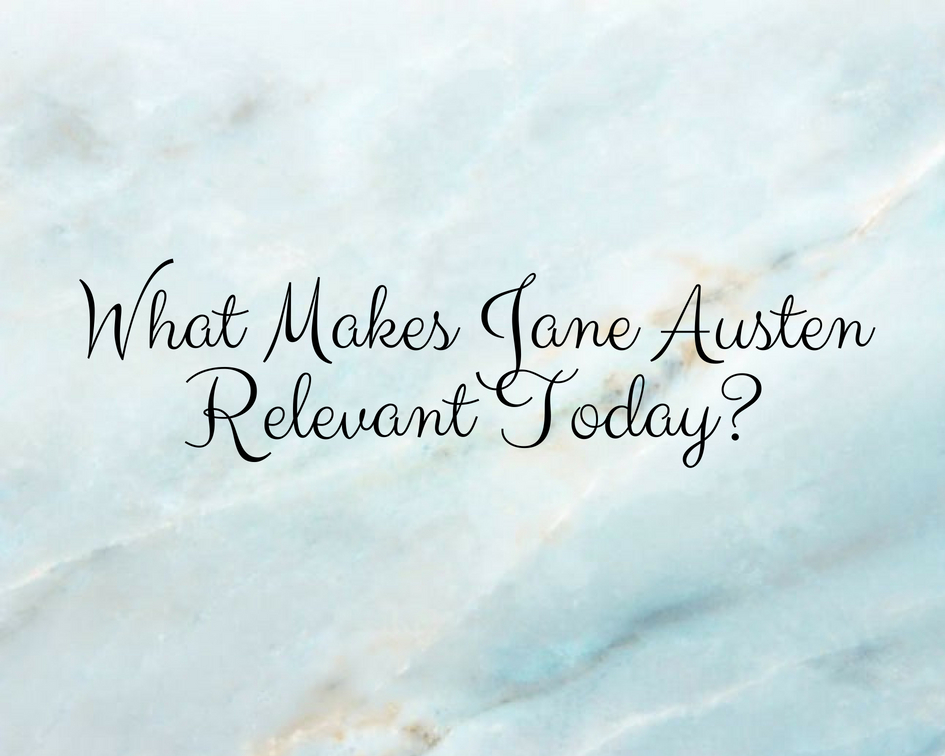 As I’ve been reading nothing but Jane Austen this month, I thought I would write a little something about why her work is still relevant today, despite her novels being published over 200 years ago.

I’m currently reading Emma, the story of Emma Woodhouse who loves matchmaking her friends. She is beautiful, powerful and rich and uses these to manipulate characters to become what they’re not and fall in love with each other. The reason I mention this is because Emma was actually the inspiration behind the 90’s film Clueless starring Alicia Silverstone. Before reading Emma, I had no idea how it could possibly have inspired such a modern film. Though the setting and time period are not the same, it’s the characters and their personalities that remain current. To me, this is what makes Jane Austen’s work so timeless; her characters.

All the main characters she created had a sense of modernity to them; Elizabeth Bennet being the prime example here with her aspirations of gender equality. As I have been reading more and more Jane Austen books, there hasn’t been one story where I have not related in some way to at least one of the characters written. People always that Jane Austen was a great observer of people. Her characters and their relatability just reiterate this talent.

The fact is that Jane Austen was writing massively ahead of her time; she was never that successful while living because people did not understand her work. She was the most honest writer of her time and her posthumous success proves the immortality of her work.